Webhook vs API: Which is Better?

Check any email address with the most powerful free email verifier.

Webhook and API are two common names you will come across when trying to connect two services in a loop. However, there is an ongoing debt here about Webhook vs API. We’ll try to understand how webhook and API work and their use cases. This way, we can ensure if the debate is a myth or actually makes sense. Let’s find out then

What Is a Webhook?

A webhook is a fairly simple term to put in. When used in an app, it adds the functionality of sharing real-time information with other applications. Webhook is also called HTTP push API or web callback.

So all a webhook does is provide the required data to other applications. This process happens immediately, meaning that there is no manual action required. Generic APIs poll for real-time data here and there. Webhook basically solves this problem.

As it happens automatically, webhook is widely used. This is an efficient method for both consumers and providers. Though webhook require more actions and knowledge to set up, it is worth the hassle.

Webhooks work via API. Designing an API in order to use webhooks is a must. That’s why Webhooks are addressed as “reverse APIs” sometimes.

Let’s understand webhooks with a fairly easy example. Let’s pretend you’ve created a web application using MailRefine API so that you can verify email lists in real-time. Now whenever you add a new email to your list, it will automatically be verified. More details Wiki

What Is an API?

Application Programming Interface or API is basically a communication bridge that connects multiple applications and platforms together. When there is a request for data, API responds to that via sending the requested information. JSON is a commonly used format in API.

In general, API works like a framework, so that other software and tools can make use of it to request and get information. Most of the popular apps these days offer APIs to make it easy for developers to build useful tools around their services.

As webhooks work in real-time, it might sound like a difficult task to implement. Funny enough, it is easier to set up webhooks than to set up APIs. Plus, webhooks need fewer resources than APIs to set up.

Sometimes, setting up an API becomes so hard that it requires designing an app from scratch. Thankfully, webhook require nothing but a simple POST request and a few URL links on the receiving end, and some action upon receiving data.

Before sending a request using webhook, the system needs to support the process first. A system can be made compatible for using webhooks via triggering HTTP requests for various events.

SaaS platforms like Shopify, Stripe, Slack, and GitHub use webhooks so that they can enable various types of events based on the requested activity. Webhooks enable these platforms to run different events on different requests.

After setting up the webhook properly, webhook requests will be sent to the destination URL whenever the event happens each time.

After registering for webhook requests, it’s time to arrange the preparation to receive them. Webhooks are nothing but regular HTTP requests. So they can be handled accordingly. Webhooks payloads are generated as JSON or XML formats.

Webhook may be a one-way communication method, but it can be used to return a 200 or 302 status code to inform the source about the request receivation. Sending the same webhook request more than once can cause chaos. In this case, you have to make sure to filter the duplicate requests.

The same webhook requests can also be sent to multiple distributions that request the same information. This process is known as the fannion out. This provides the flexibility to a system to work effectively and distribute information in a better way.

Most of the web API works between application and server as a medium of connection. When using an application an user requests any information via interacting. Then the application calls out the API and asks to look up for that data and information.

API connects directly with the web server and requests for the user’s intended information or data. Then the server sends back the data API requested. The API feeds the application the result and then the user gets to see the requested data.

The good stuff about API is it is not just limited to the web. API can literally be used in any machine or system to make multiple machines or systems communicate with each other.

When to Use a WebHook

Webhooks can be thought of as a medium to exchange smaller data. It sends and extracts data in real-time. A feature in an app that needs real-time updatable data can make proper use of webhooks if you don’t want to use an API.

Also if there is no API provided or developed with certain services, a webhook can be used instead. Or if there is a situation where API can’t be used properly, webhook is the name of savior there.

Any system can pull the real-time data from the server via webhook. Everything from a website to a mobile app can make use of a webhook in the process. Also, webhook can be great to enable others to build tools around your base.

When to Use an API

Developers can build API for other services, or even for their own services. API can be used best where data changes frequently and multiple values are needed to be altered upon requests. API provides the total control to the developer to control the data distribution.

It is possible to determine the number of requests (aka “calls”) an API can make during a given timeframe. For example, an API can be set up as the way to use requests two times a day, once every hour, or even twice per day.

API is also a  great way to check if the system is up and running or not. A system simply accepts or denies the request of an API. If this doesn’t happen, then the system is down for sure.

Yeah, the force behind countless e-commerce websites offers webhooks. With webhooks provided by Shopify, the system can be maintained up to date. From shipping an order to updating accounting software, webhooks can do everything automatically here.

MailChimp provides a webhook for automating comments tasks such as subscribing, unsubscribing, or even changes in profiles. If you want to save the data to a CRM system, whenever someone subscribes to your newsletter, then using MailChimp’s webhooks can be very effective and time-saving.

Various events can be used as webhooks with Stripe. Your records will be updated whenever events like a successful or failed charge occur. If the subscription ends then a webhook can be used to send a notification or email to the user.

API is everywhere. We are blessed by API everywhere whenever we’re surfing the web. Let’s just check out some of the prime examples of real-world use cases of API.

Many websites let us sign in using Facebook, Google, or other accounts. This doesn’t necessarily mean the website is stealing our social media data. This process of logging in via other accounts actually happens via an API call.

Do you recognize yourself as a Twitter or Reddit user? If so, then you’ve seen all those bots popping up here and there. Even Discord is full of these and that bots. This software actually uses open APIs of the respective services to act accordingly, both automatically and depending on certain situations.

Online shops are full of automation services, thus API is there. “Pay with PayPal” is a common use of the API we see on Amazon. In this process, Amazon actually hands over the purchase order to the PayPal API and PayPal handles the other part of the transaction.

Ever seen how Google or those weather apps pull up weather information of your location? Oh, yes! That’s just another use of the API. This complex process of handling tons of data is simply handled by API.

Webhook vs API: Which is better?

So what should you use anyway between webhook and API? We already have discussed how both of these works and how these are used in the real world.  Webhooks and APIs may have the same goals to transfer data between two services, but both have different use case scenarios. You can analyze your use case and choose accordingly. 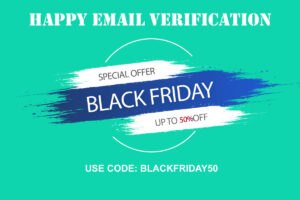 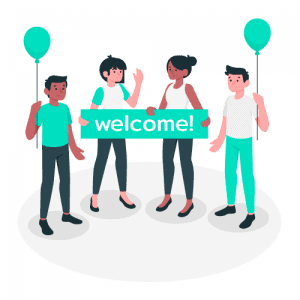 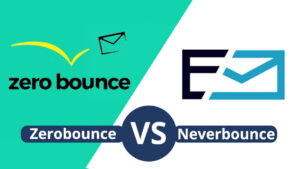 Zerobounce vs Neverbounce: Which Email Verification Tool is Right for You?

ZeroBounce and NeverBounce are two of the most reliable email verification tools available in today’s market. However, they have some major differences that you should

What is a Lead generation specialist: definition, responsibilities, benefits, and skills

If you want to boost revenue and customer satisfaction, then a planned marketing and sales strategy are what you need regardless of what product or

Phishing attacks are becoming a serious problem these days. Digital communication methods are a common playground for scammers to fool you easily. Reverse email lookup

We use cookies on our website to give you the most relevant experience by remembering your preferences and repeat visits. By clicking “Accept All”, you consent to the use of ALL the cookies. However, you may visit "Cookie Settings" to provide a controlled consent.
Cookie SettingsAccept All
Manage consent

This website uses cookies to improve your experience while you navigate through the website. Out of these, the cookies that are categorized as necessary are stored on your browser as they are essential for the working of basic functionalities of the website. We also use third-party cookies that help us analyze and understand how you use this website. These cookies will be stored in your browser only with your consent. You also have the option to opt-out of these cookies. But opting out of some of these cookies may affect your browsing experience.
Necessary Always Enabled
Necessary cookies are absolutely essential for the website to function properly. These cookies ensure basic functionalities and security features of the website, anonymously.
Functional
Functional cookies help to perform certain functionalities like sharing the content of the website on social media platforms, collect feedbacks, and other third-party features.
Performance
Performance cookies are used to understand and analyze the key performance indexes of the website which helps in delivering a better user experience for the visitors.
Analytics
Analytical cookies are used to understand how visitors interact with the website. These cookies help provide information on metrics the number of visitors, bounce rate, traffic source, etc.
Advertisement
Advertisement cookies are used to provide visitors with relevant ads and marketing campaigns. These cookies track visitors across websites and collect information to provide customized ads.
Others
Other uncategorized cookies are those that are being analyzed and have not been classified into a category as yet.
SAVE & ACCEPT